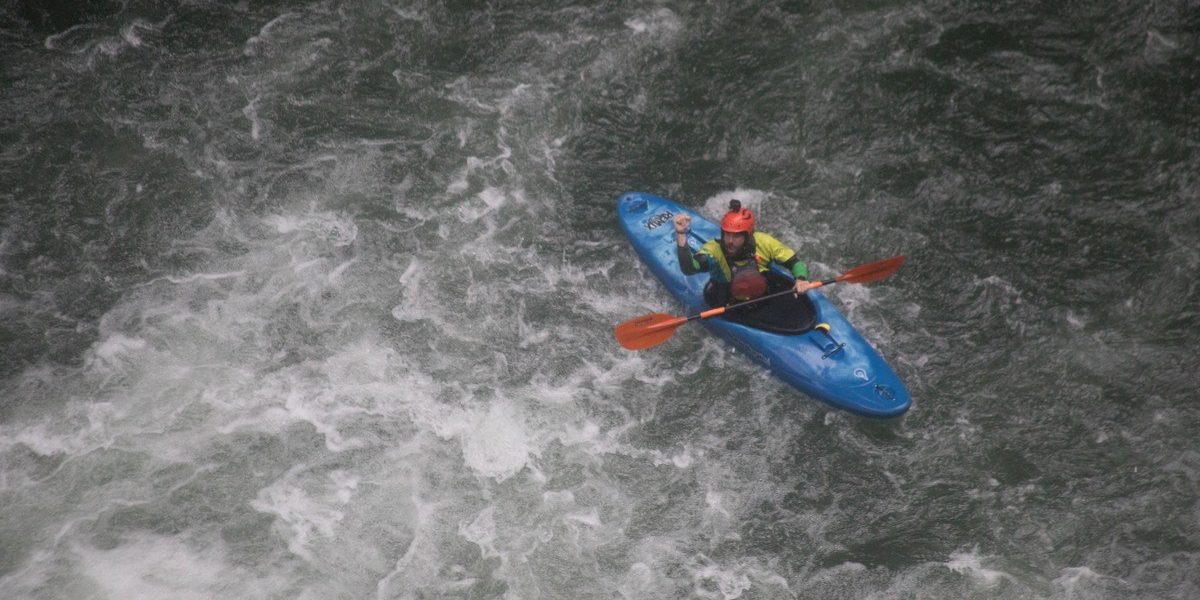 I arrived to Aventurec late Friday night with a crew of hard charging boys from D.C. and Texas. We were ready to send some of the best whitewater in the Americas. Saturday started off with the 12th Alseseca Race. The race was full of good lines, competitive spirits, and ended with a beautiful ceremony in the Centro of Tlapacoyan, my Mexico home. When I went to bed Saturday night I was not expecting to participate in what would be called Sendy Sunday.

The day started out taking the Markoff family down my favorite section of river known as the Big Banana. I have been wanting to get these crew there since I had first ran it, and was stoked it was finally happening.

It starts off with a 20-minute carry down a steep “road” and through a cow field with some big bulls. The cow field leads to the first rapid which happens to be a 50-foot waterfall named Silencio (The Silence). It’s a pretty big way to start the day. I explained how to run this beast, what not to do, and the hazards it presents. Two days before Sendy Sunday, a guy broke his back at the very same waterfall, so we were mindful of safety as we were looking at it. There is also a cave on the right side of the landing that you don’t want to go into. (Trust me. I’ve explored it.)

After explaining everything that can go wrong, I looked at the group and said, “But the feeling at the bottom is sooo good! It’s true that it’s an amazing feeling, but it will always be here so don’t rush it if you’re not confident in your line.”

In the end, four of us ran Silencio and two jumped off the cliff. We ran the rest of the river together, including a few giant waterfalls (20+ feet), a 30-foot double drop, and lots of class 4 stuff in between. 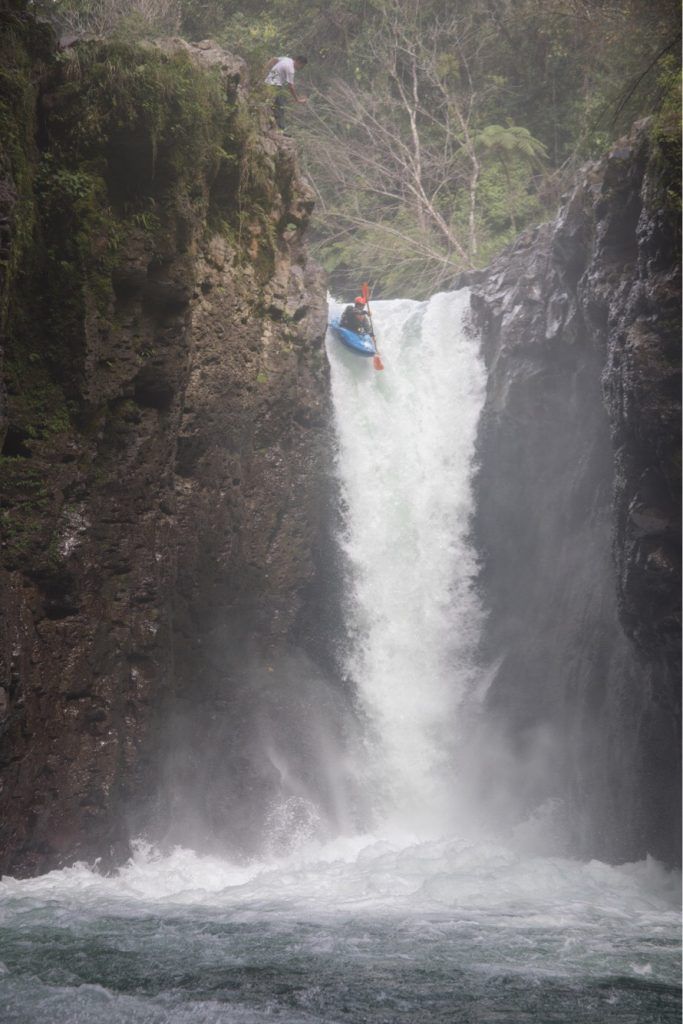 After we got off that section and celebrated the Calleva crew that had just rallied down the Roadside section, we went to look at another drop called Side Chick.

I had gone to scout it once, and felt like it wasn’t for me, but today I wanted to take a second look. I hopped in the van and rode with them to Side Chick, where five of us got geared up. As we walked another 20 minutes through a banana and coffee plantation, we could hear the thundering of the drop. A few of us hadn’t committed to run it, but we wanted our boats there just in case. We took some time to scout, going through the risks.

First, water bouncing off the left wall at the entrance, and most of the water was hitting the right wall about half way down. None of us were actually able to see the bottom of the waterfall, but we estimated that it was about 35-40 feet (it was actually 55-65). We also didn’t know how to get out of the canyon after we ran the drop, so I scouted that and thought I saw a way out.
None of us had run it before so we didn’t know exactly how awesome the reward at the bottom was going to be. Bobby ran it first, awesome line, helmet got blown off, but I saw how stoked he was at the bottom and knew that there was gold down there. I went next. Beautiful line, soft hit, landed upright, and exploded with stoke. I mean it was such an amazing feeling to fall off a cliff, hit the water at the bottom, and see my buddy there cheering as loud as I was. Johnny and Adam were next, and the more people we had at the bottom the more stoke there was. The celebrating continued even though the way out of the canyon was actually a 20-foot climb out on slippery rocks in the rain, that required us to be belayed.

In life there are times when you have to look at something and decide for yourself, asking what is the line, what are the hazards, what are the rewards, and am I willing to accept the risks because the reward is greater. On Sendy Sunday there were a lot of us that looked at these two drops, talked what could go wrong, and talked on how we would feel at the bottom. Not all of us accepted that the reward was greater than the risk. And in the end, that’s fine.

I have just as much respect – sometimes even more – for those of us that decide not to run a rapid than for those that do. It’s for different reasons too. Maybe your head wasn’t in the right place, or you don’t have the skills, or you just aren’t into that type of rapid. At Calleva we try to encourage our students to take a good hard look and decide for themselves if they are ready for what they are about to take on. It is a very empowering question to ask yourself, and whatever the answer is, it’s your answer, your decision.